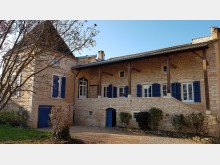 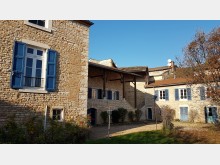 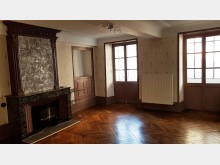 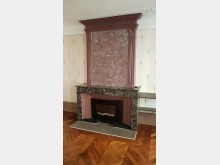 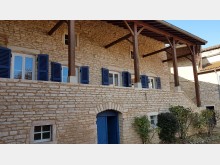 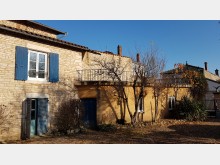 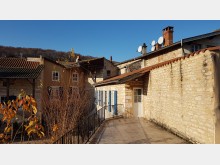 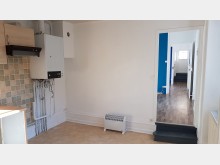 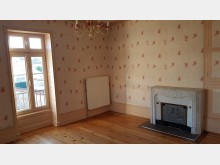 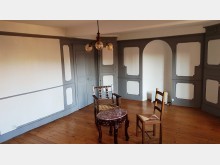 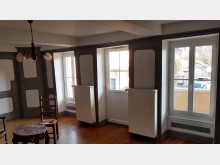 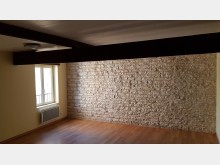 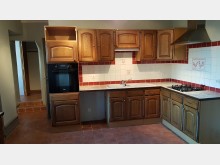 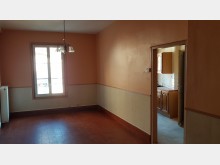 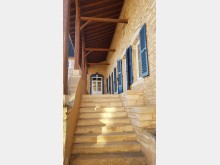 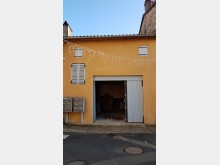 Notable's house in a large village close to Mâcon, plus three self-contained dwellings

The large village not far from Mâcon has a reasonable array of shops and services. This large property was certainly built for a local notable, with its high stone walls surrounding it and its large private courtyard. The main house is reacehd via an external covered balcony, and the living area is raised above the ground floor, as so often in the area : a large salon with good parquet floor and marble fireplace, a dining-room with wood panelling and large period cupboards, a fitted kitchen with a laundry close by, the main bedroom and then a second bedroom in more modern style, both iwht pruvate bathroom and WC. Then comes a second dwelling, perhaps once the servants' quarter, with a living room, kitchen two bedrooms and a bathroom. A third dwelling has rooms leading one off the other, respectively kitchen,living room, bedroom and bathroom, plus a long and high terrace. Below this could be made a fourth dwelling at ground floor level. Each dwelling has its own access, its own individual gas central heating and its own car-parking space, while the large outbuilding which completes the property opens onto the village square and as such calls to mind a possible tourist activity. This property could be simply a private residence, with scope for putting up friends and family, even on a permanent basis, or else could have a more commercial character.
Reference3576 LocationMâconnais Price350 000 € Living area238 m² Land area998 m² kind of sewerageTout à l'égout Kind of heater3 Chauffage central indépendant pour les 3 logements au Gaz de ville. Energy consumptionnc kWh/m²
Inquiry
Your contact
Christophe BEAUDOT +33 (0)3 85 59 26 02
Sud Bourgogne Immobilier
24 rue Lamartine - 71250 Cluny
+33 (0)3 85 59 26 02
The information collected on this form is saved in a file computerized by the company Sud Bourgogne Immobilier for managing and tracking your request. In accordance with the law "Informatique et Libertés", You can exercise your right of access to the data concerning you and have them rectified by contacting: Sud Bourgogne Immobilier, Correspondent "Informatique et Libertés", 24 rue Lamartine - 71250 Cluny or at contact@sby-cluny.com, specifying in the subject of the "People's Rights" mail and attach a copy of your proof of identity.
Menu